The Society is presently working on the restoration of the Chaffey-Isle House, a sister house built by George Chaffey Jr. for his mother and sister in 1884. With the assistance of the City of Rancho Cucamonga and CalTrans the house was moved to Etiwanda Avenue in 2003. 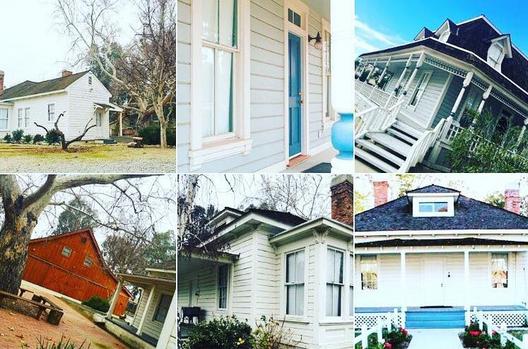 The first task undertaken by the Society was saving the Chaffey-Garcia House from a developer by negotiating with the developer to move the house. This task was accomplished in 1982.

The Etiwanda Historical Society was created to preserve, restore and display the Chaffey-Garcia House / Museum as well as other buildings and property associated with the history of Etiwanda and the general promotion of Etiwanda's sense of history.

This home is located across the street from the Chaffey-Garcia House.  Currently, it houses a children's counseling service.